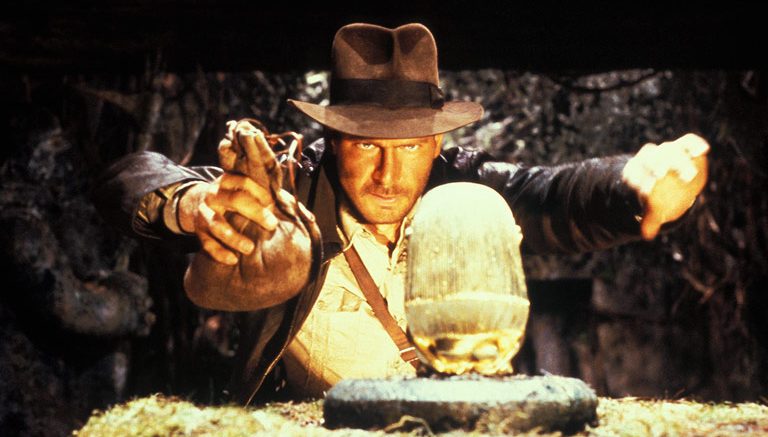 In this era of big data, satellites, and other technological innovations that improve our understanding of the changing climate, it still can be difficult to grasp the scale of human-caused global warming.

A new study illustrates how the increase in warming global temperatures has a cascading effect throughout all aspects of life.

To demonstrate the cause and effect between today’s climate disruption and the ensuing risks to humanity, particularly in the context of food security, researchers have developed an approach to visualize the interconnectivity. 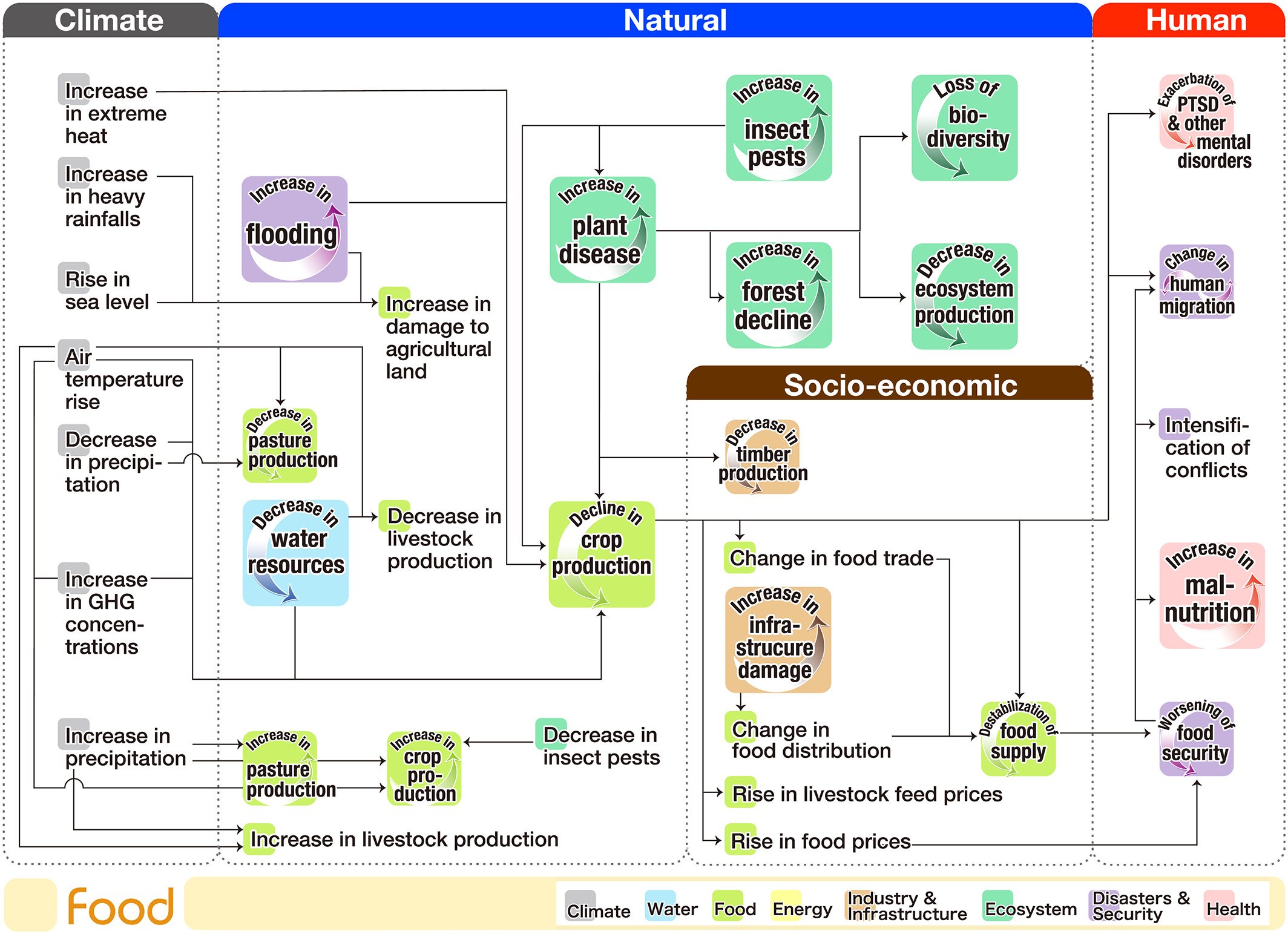 In the paper published in Earth’s Future, researchers illustrate the cause and effect of global warming as its impacts cascade through:

In the Food sector example above, researchers illustrate how crop production is threatened by a variety of global-warming related risks, including rising temperatures, extreme heat events, and record floods. The flowchart visualization shows the interconnectivity as the risks impact the natural world, which affect crop production, and, ultimately, us.

The March 2019 flood damage in the Midwest is estimated to be more than $1.3 billion, but assigning a dollar value to damage fails to convey the interconnectivity between climate and humanity.

In a step-by-step cause-effect visualization below related to the decline in crop production, the researchers show the progression of impacts, starting with panel (a) and progressing through panel (d): 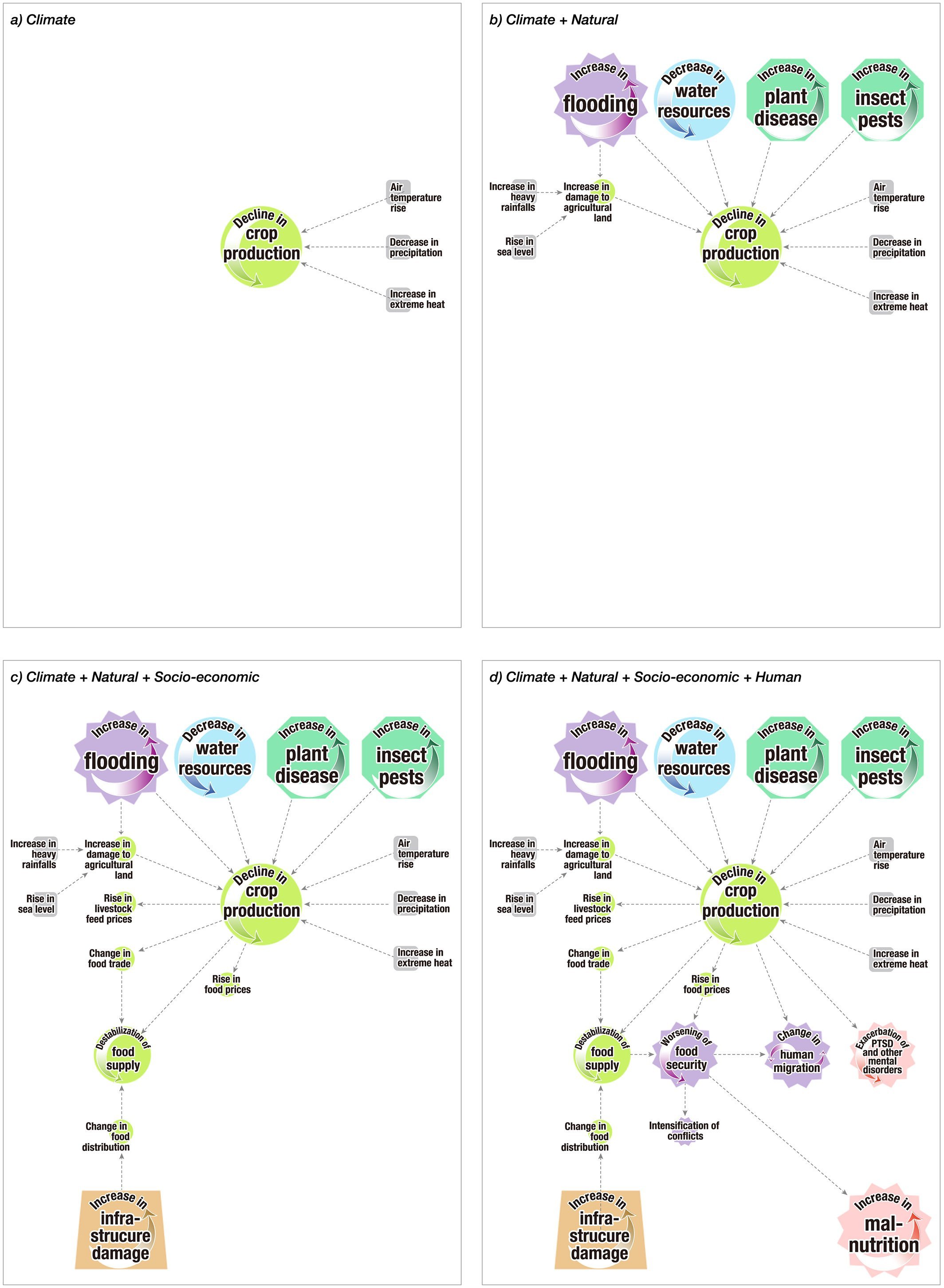 Whatever a man sows, this he will also reap

One thing I hadn’t considered is the concept of cause and effect in the Biblical context. Writing in a blog post about how cause and effect applies to relationships, Rev. Steve Hogg cites several examples from the Bible, including one from the Book of Galatians: “Whatever a man sows, this he will also reap.” Of course, greenhouse gas emissions and human-caused global warming weren’t wreaking havoc way back when, but the quote is wholly applicable to the climate crisis humanity faces today. 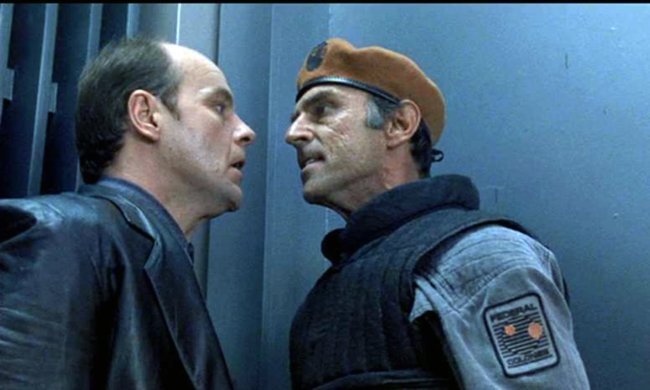 Overall, the researchers identified 253 causal relationships in the sectors prone to climate risks:

The complexity of the cause-and-effect interconnectivity of global warming impacts makes it difficult to visualize, but interactive tools, such as the New York Times How Much Hotter Is Your Hometown Than When You Were Born tool, is a good example.

The visualization method developed by the researchers was based on a survey of climate-related literature as part of the Integrated Climate Assessment-Risk Uncertainty, and Society project.