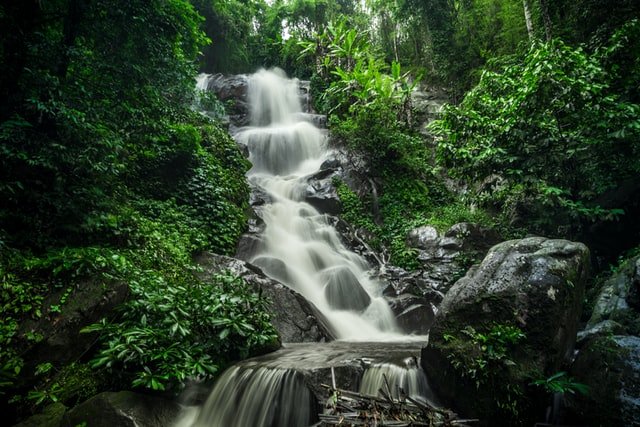 Don’t just hug a tree, love the forest. In fact, love them all. As global temperatures continue to rise, the role forests have countering the effects of global warming is far more impactful than originally thought.

When was the last time you entered a forest and didn’t feel its cooling effect?

Carbon sequestration is one of the key components in the war on global warming, and that trees store carbon is well documented. Now comprehensive new research reveals forests all over the world actually are keeping Earth about 0.5 degrees Celsius cooler — providing local and worldwide benefits beyond storing carbon.

See also: Only a few degrees of global warming? So what.

The peer-reviewed study, “The Unseen Effects of Deforestation: Biophysical Effects on Climate,” is the first to examine the benefits forests provide beyond carbon sequestration. Biophysical effects include how forests generate chemicals that form clouds that reflect the sun’s incoming energy, which contributes to their cooling impact. When was the last time you entered a forest and didn’t feel its cooling effect?

In addition to storing carbon, forests’ biophysical effects also move heat away from surface, directly cooling the immediate area. And because forests also generate clouds, they influence rainfall and cooler weather farther away. While cooling impacts are most prevalent in the tropics, the benefits extend globally.

Among the impacts of a warming world are the seemingly endless increase in extreme weather events in every season — from killer heat waves to extreme droughts and floods. A 2018 report from the Intergovernmental Panel on Climate Change cited detailed research warning why even a 0.5°C rise in global temperatures above the Paris Agreement target of 1.5°C can lead to catastrophic extreme weather events. This new finding that forests are reducing global temperatures by 0.5°C reveals just how important it is to stop deforestation.

The researchers found “forests provide local cooling during the hottest times of the year anywhere on the planet,” and emphasize their importance “for adapting to a warmer world.”

“Climate policy often separates mitigation from adaptation,” the researchers conclude, “but the benefits of forests clearly extend into both realms.”

Only a few degrees of global warming? So what.