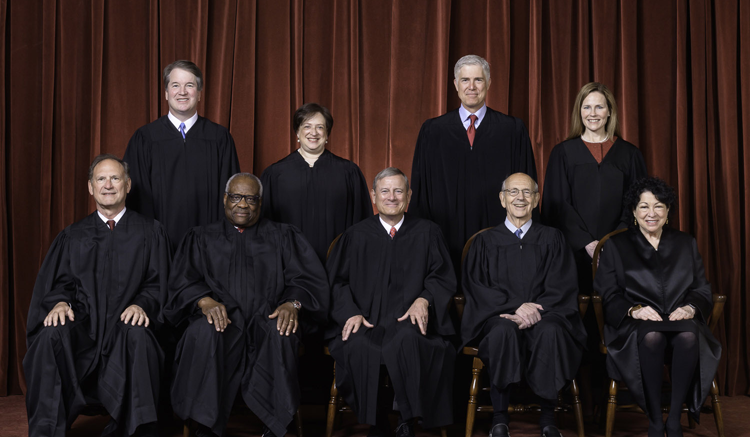 Note: Updated Feb. 28 with links summarizing oral arguments and the threat to separation of powers.

The U.S. Supreme Court Feb. 28 will hear arguments in a case legal scholars warn could weaken the government’s ability to regulate greenhouse gas emissions — as well as jeopardize the regulatory authority enjoyed by all federal agencies.

In West Virginia vs. Environmental Protection Agency, the Court is considering the legitimacy of the agency’s Clean Power Plan, which originally required power plants to cut emissions 32 percent from 2005 levels by 2030. But the plan has yet to be completed by the Biden Administration, so the Court essentially would be basing its ruling on hypotheticals rather than fact.

As Harvard Law School Professor Jody Freeman noted in a New York Times guest essay, “The Supreme Court typically does not review a hypothetical or proposed regulation until it is final, and for good reason. Without the benefit of an agency’s thinking and a detailed administrative record of how it reached its decision, the Court runs the risk that its abstract ruling will have unintended consequences, including harming the affected industry.”

The utility industry needs to understand what EPA regulations are final, so utilities can implement long-term plans that will comply with EPA’s target emissions reductions. However, Freeman warns, “Just by accepting the case, the Court has suggested where it is headed — which is toward curbing the EPA’s flexibility.”

With greenhouse gas emissions already warming the planet way beyond natural variability, reducing them significantly by 2030 is the best path to help limit rising global temperatures to the critical limit of 1.5°C above pre-industrial times. Electricity generation accounts for 25 percent of total U.S. greenhouse gas emissions, and updating the country’s aging power grid to low-cost wind and solar alternatives is an obvious solution to reducing the country’s total emissions.

In a related story, Harvard environmental law professor Richard Lazarus told the Times, “If the Court were to require the EPA to have very specific, narrow direction to address greenhouse gases, as a practical matter it could be devastating for other agencies’ abilities to enact rules that safeguard the public health and welfare of the nation. It would restrict the enactment of regulations under any host of federal statutes — OSHA, the Clean Water Act, hazardous waste regulation.”

Updated after the Court heard arguments for and against: