With the selection of John Kerry as a special envoy for climate and creating a new Cabinet-level position for the role, President-elect Joe Biden took a crucial step recommitting the United States to address the climate emergency.

“I’m returning to government to get America back on track to address the biggest challenge of this generation and those that will follow,” Kerry tweeted shortly after his appointment. “The climate crisis demands nothing less than all hands on deck.”

Indeed. However, five years since the Paris Agreement to limit greenhouse gas emissions, humanity is well on pace to blow past those targets. 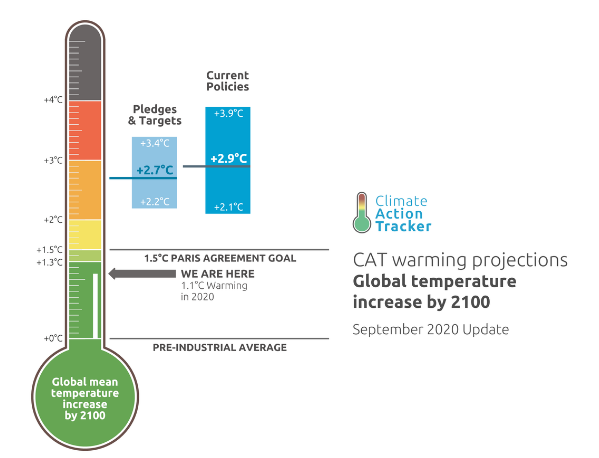 Governments all over the world, despite signing on to Paris, are failing to enact and/or enforce the policies required to limit health-threatening emissions. The orange one, who has called climate change a Chinese hoax, has gone as far as to withdraw the United States from the Paris Agreement. And countries also are failing miserably to stop wildlife and ecosystem destruction.

Optimism in the face of fatalism

Yet, actually, there is reason to be optimistic about our future and the Biden-Harris Administration’s ability to take bold action on climate initiatives even in the face of a Republican-controlled Senate ruled by climate denialism. The optimism stems from newly published recommendations from the Climate 21 Project, led by 150 government experts and scientists “to help the President hit the ground running and build the capacity of his administration to tackle the climate crisis quickly with the existing tools at hand.”

The Climate 21 Project’s recommendations on climate action are not dependent upon Congressional action and span a variety of White House offices, federal departments, and federal agencies, including some obvious choices, such as the Department of Energy, but also some unlikely candidates, like the Department of the Treasury.

For example, on the day President Biden is sworn into office, he could direct Treasury to appoint a Counselor to the Secretary for Economic Growth and Climate to coordinate climate efforts, and within the first 100 days hardwire climate goals within each office’s mission, job descriptions, and strategic plan.

Within the Executive Branch’s Office of Management and Budget, President Biden could use the government’s vast procurement spending power to incorporate Buy American, Buy Clean, Project Labor Agreements, and other environmental and social justice criteria when purchasing goods and services.

Still, President Biden can’t do it all. As the Climate 21 Project leadership acknowledges in their executive summary, “To fully mobilize on climate change and the interlocking crises we face, Congress must also do its part and provide new authorities that allow for structural and systemic changes.”