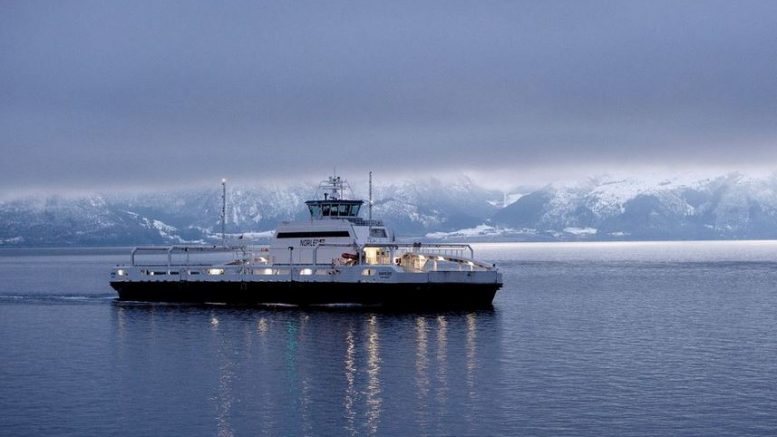 Container ships transport 90 percent of global consumer goods, but also burn the dirtiest kind of fuel and are the largest contributor to air pollution in port cities. And as coastal populations grow, so will local boating and ferry traffic.

While U.S. politicians continue to pander to the fossil fuel industry, Norway continues to extend its leadership role in alternative energy.

Even Norway’s state oil company is investing in offshore wind farms, and shipbuilder Havyard Group ASA is completing 13 orders for zero-emission ferries, according to a Bloomberg News report.

By 2030, Norway wants two-thirds of all boats carrying people and vehicles to be powered by electricity, the report said.

Container ships use low-grade marine fuel that has 3,500 times more sulfur than road diesel, and contribute one-third to half of Hong Kong’s air pollution. Aside from the shipping traffic, the trucks used to transport goods to and from the port also increase pollution. In the Pacific Northwest, ports in Seattle, Tacoma, and Vancouver, B.C. have made commitments to improve air quality.

With global shipping expected to grow, exploiting green energy to replace harmful toxic fuel is a clean, increasingly affordable alternative the industry is starting to embrace.