BEND, Ore. — When the COVID-19 pandemic forced a one-year hiatus of the United Nations’ annual high-profile climate talks, expectations were high significant changes were in store when talks resumed last November in Glasgow. And while all nations recognized the need for urgency, greenhouse gas emissions have resumed pre-pandemic levels, casting doubt on the political will to tackle the climate crisis with the urgency required.

Yet solving the climate emergency is merely a matter of policy, say two leading voices who long have championed for urgent action.

“The Democratic party has never taken climate change as seriously as it should,” Senator Sheldon Whitehouse (D-RI) said in a recent interview with The Guardian. “It has never put the energy into it that would create a public reaction of support that would then encourage more activity.

“We need to reboot,” Whitehouse continued. “We need to do what we can through legislation but we also need to really push the throttle forward on regulation and on litigation.”

Micahel Mann, a distinguished professor and director of the Earth System Science Center at Pennsylvania State University, also blamed the lack of political will in the U.S. to tackle the climate emergency. Mann, a guest speaker Mar. 31 at Oregon State University’s campus in Bend, said technological solutions such as those championed by Microsoft founder Bill Gates aren’t necessary because the path to rapid decarbonization is well established, requiring only the political will to put it into action.

When the Intergovernmental Panel on Climate Change released the startling 2018 report indicating how even a narrow warming range of 0.5 degrees Celsius could lead to unprecedented droughts, floods, and other negative global impacts, scientists then challenged leaders to muster the political will to take action.

From denial to diversion

However, obstruction and obfuscation by the petroleum industry continue to undermine legislative efforts to establish policies required to avert more catastrophic events like killer heat waves and disastrous floods, both Whitehouse and Mann agree.

“We probably would have succeeded at the legislation were it not for the organised opposition by fossil fuel interests to prevent those things from happening,” Whitehouse said.

Mann’s presentation to OSU-Cascades led with the lengthy history of how Exxon executives knew for decades that continued burning of fossil fuels would lead to the catastrophic events happening all over the world today, but oil executives instead choose to hide the conclusions of their own scientists. Such is the topic of Mann’s latest book, “The New Climate War: The Fight to Take Back Our Planet.”

Technocrats have solutions to everything 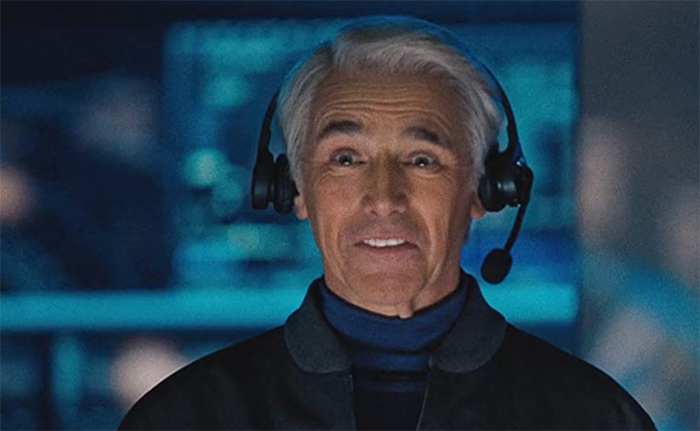 In the climate-catastrophe metaphorical film Don’t Look Up, technocrat Peter Isherwell (Mark Rylance) devises a risky plan to both save Earth and reap trillions of dollars in profit. What could possibly go wrong? (Photo: a screengrab from IMDB.com)

While technophiles champion costly, unproven, and unpredictable geoengineering solutions like cloud brightening and carbon capture and storage, a veritable plethora of solutions exist today that can provide a multitude of health and economic benefits, as outlined by Project Drawdown. The Drawdown team highlights climate solutions that can be taken today on a sector-by-sector basis, from transforming the electric grid to updating energy efficiency in homes and buildings to altering the way we use land and grow crops.

Both Whitehouse and Mann acknowledge today’s political environment is challenging to generate urgent action, but both stress the importance even of incremental wins.

“We have mostly won the battle of public opinion to the point where strong majorities support a lot of climate repair and clean energy development. The public is already with us” Whitehouse said. “It just isn’t enough that it’s able to overwhelm the financial hold the fossil fuel industry hands on the Republican party.” Both cited the importance of pressuring elected officials at all levels of government to enact pro-climate policies, and credit youth activists like Greta Thunberg for elevating the climate emergency issue.