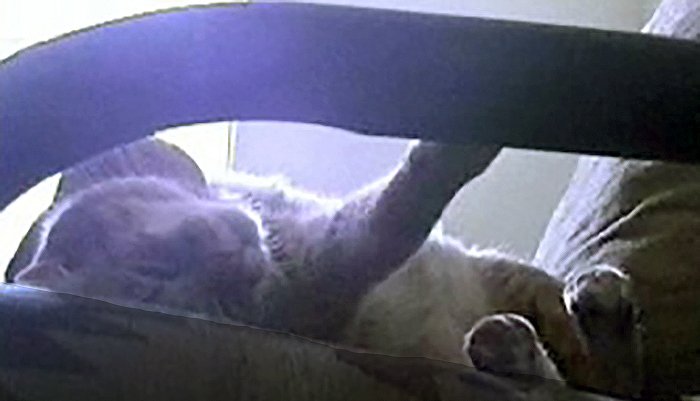 Updated August 15, 2021: The not-so-surprisingly dismal climate report released last week — which UN Secretary-General António Guterres called a “Code Red for Humanity” — reminded me of this post I wrote two years ago. But it’s also a post that could’ve been written decades ago. Below is the original post from 2019.

Another day, yet another authoritative warning from scientists the climate catastrophe is imminent unless we start reducing greenhouse gases immediately and by significant amounts.

The latest warning comes from researchers who warn human-caused global scorching already may have triggered a series of climate tipping points — unstoppable events that ensure global temperatures will rise to dangerous levels, the consequences of which will not be pleasant.

Writing in the journal Nature, the researchers cite tipping points such as the continued melting of ice, or the continued release of the potent greenhouse gas, methane, and argue urgent international action is needed to counter rising emissions.

The scientists’ warning comes on the heels of a report from the UN Environment Program that carbon dioxide (CO2) emissions continue to rise. As more CO2 accumulates in the atmosphere, the more heat gets trapped, which is why Earth continues to warm — at an unnaturally fast pace — year after year. Global emissions must fall 7.6 percent each year for the next 10 years to avoid a climate crisis, say the people who know what they’re talking about.

In September the Intergovernmental Panel on Climate Change released its special report on the ocean and cryosphere — frozen areas of the planet — concluding, shockingly, that even if greenhouse gas emissions ended today, glaciers will continue to melt, meaning sea level is guaranteed to rise more than previously predicted and at levels high enough to displace or disrupt the lives of hundreds of millions of people by 2050.

The IPCC in August released its report on climate change and land use, which warned of the urgency to transform the way humans produce food and manage land. Agriculture, forestry and other land use contributes 25 percent of greenhouse gases and contributes to soil degradation, reducing the ground’s ability to store carbon.

And just over a year ago authors of the IPCC Special Report on 1.5C emphatically warned of the dire consequences of an additional warming of just 0.5 degrees Celsius beyond 1.5C. As things are, the average global temperature is on pace to rise by 3.2 degrees Celsius (6.5 Fahrenheit) beyond pre-industrial levels, when nature was in relative balance.

Every degree of warming matters

A handful of degrees on any scale may seem irrelevant, but imagine if your normal body temperature of 98.6F shot up 6.5 degrees to 105.1 — a temperature considered a medical emergency. The same is true for Earth, which during the last ice age was only 5 or 6 degrees Celsius cooler than today.

It also was just a year ago when the Trump administration reluctantly issued the Fourth National Climate Assessment, which detailed how each region of the United States will be negatively impacted by the growing climate emergency. Spoiler alert: cold winter temperatures do not mean the global temperature is not increasing year after year. Consider in the Southern Hemisphere where hotter than usual summer temperatures in Australia are driving raging wild fires. 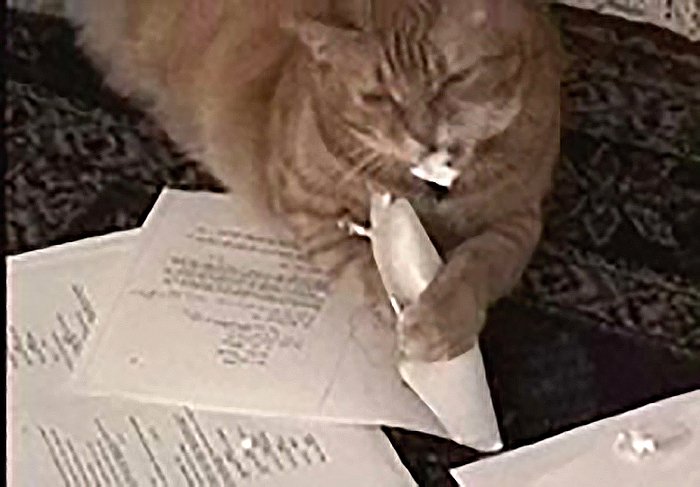 Jack the cat was quite the literary critic in his day, seen here critiquing one of my screenplays. Yet ignoramuses in the guise of leadership similarly treat each new alarming report as science to be ignored, dismissive of indisputable impending peril. (Photo credit: George Thomas Jr.)

Meanwhile, some of our elected officials continue to fail us; their lack of urgency is nonsensical. These people surely have children or grandchildren who ultimately will be mired in the chaotic muckety-muck sure to ensue. Have they no conscience? No soul? Given what we know, is there anything more amoral than denying the dire consequences of an unnaturally rapidly heating planet heating beyond its ability to support human life?

If only cats could save us 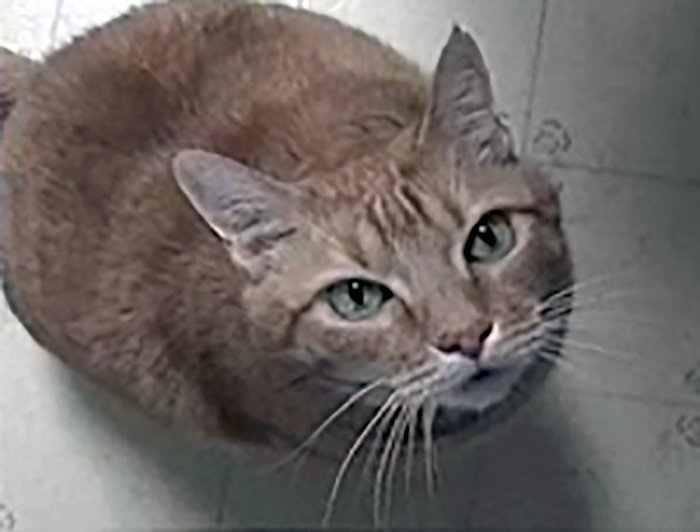 Jack, though just a cat, and if still alive, would plead with humanity to stop being so dumbass about the climate emergency. (Photo credit: George Thomas Jr.)

With more reports come more meetings. Beginning Dec. 2 world leaders will gather yet again, this time in Madrid for a few weeks at the the 25th annual Conference of Parties to the United Nations Framework Convention on Climate Change (COP 25). You may recall this time last year a young activist named Greta Thunberg chided leaders then for failing to act on the climate emergency. She’s en route to COP 25 for an encore appearance, but will the leaders ultimately do more than nod and applaud to what she says? Or will COP 25 result in nothing more than another year of inaction. Time will tell, goes the cliche, but we know what time’s been telling us, and the message gets uglier with each passing day of inaction to address the climate emergency.