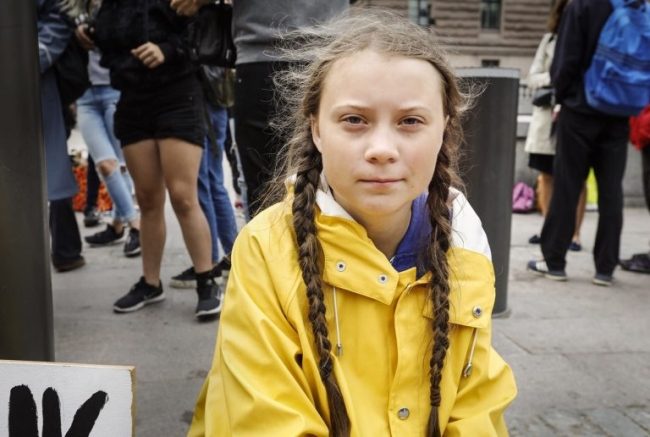 Climate activist Greta Thunberg: "You are never too small to make a difference." (Photo: Stefan Källstigen)

As negotiators from 196 countries gathered in Poland to strive for an agreement on climate policy, it was a teenager from Sweden who emerged as the true leader.

Greta Thunberg, 15, in her 3-minute speech, chided policy makers from around the world for allowing greed and likability to stand in the way of progress to curb the catastrophic realities of global warming.

“You are not mature enough to tell it like is. Even that burden you leave to us children,” she said, later adding, “Our civilization is being sacrificed for the opportunity of a very small number of people to continue making enormous amounts of money.”

The gathering in Katowice, Poland was the 24th such meeting — officially the 24th Conference of Parties (COP 24) to the United Nations Framework Convention on Climate Change.

Yet, in 24 years, what has been done? Study after study confirms what has been known for decades, that increased carbon emissions since the Industrial Revolution are not part of the natural cycle. As a result, storms are becoming more severe, and until recently, political leadership was seriously lacking.

“Until you start focusing on what needs to be done rather than what is politically possible, there is no hope,” Thunberg told the hushed, and hopefully embarrassed crowd of adult climate negotiators. “We cannot solve a crisis without treating it as a crisis.”

Change what you can, change the system

In her interview with Democracy Now’s Amy Goodman, Thunberg said her concern about the damage of global warming grew as she learned more and more about the topic: “And one thing that I found very scary is tipping points, that once we reach tipping points, then there’s no going back. Then we start a chain reaction beyond our control. And that is very scary. And so that I thought, instead of worrying about how future might turn out, you should try to change it while you still can.”

“We need to keep the fossil fuels in the ground, and we need to focus on equity,” Thunberg said in her speech. “And if solutions within the system are so impossible to find, maybe we should change the system itself.”

But Thunberg’s best zinger came toward the end of her speech, when she said, “We have not come here to beg world leaders to care. You have ignored us in the past and you will ignore us again.”

Indeed, decades of inaction by immature and irresponsible adults have resulted in the urgency needed now. The 2018 midterm elections have yielded a new generation of climate leaders, but they will need support to pressure the old guard, who remain corrupted by fossil fuel donations.

“We have come here to let you know that change is coming, whether you like it or not,” Thunberg concluded. “The real power belongs to the people.”