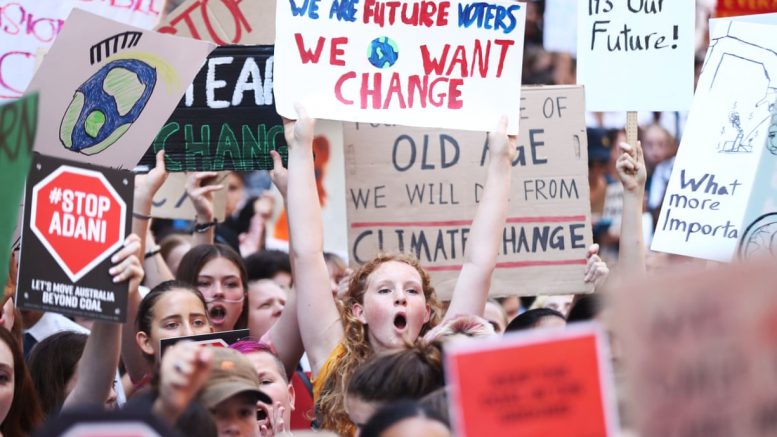 Caldwell dismisses the 16-year-old Thunberg — who famously frequently shames world leaders — as naive because, he writes, “kids her age have not seen much of life.” Indeed. But what kids her age — and those younger and older — have seen is the nonsensical inaction by adults in positions of influence and decision making that are threatening the future of everyone on Earth. As the Intergovernmental Panel on Climate Change warned in its 2018 report, urgent action is needed immediately to curb catastrophic climate destruction.

But Caldwell appears woefully ignorant of such urgency. “Democracy often calls for waiting and seeing,” he writes. “Patience may be democracy’s cardinal virtue. Climate change is a serious issue. But to say, ‘We can’t wait,’ is to invite a problem just as grave.” Apparently, Caldwell did not receive the “climate emergency” memo, and fails to recognize the climate crisis at hand and the urgency needed:

Caldwell’s faith in “wait and see” democracy as a solution also is troubling, given America’s lengthy history of voter suppression, compounded by recent revelations of Russia’s meddling in the 2016 election.

Once more, with feeling

Framing rising global temperatures in terms of “global average mean temperature” is meaningless because non-scientists — presumably a majority of registered voters — may not have the background to recognize the crisis at hand.

The difference between the “global average mean temperature” during the last ice age and today is only 4 or 5 degrees Celsius. And since the mid 1800s the industrial revolution has resulted in an increase of 1.2 degrees Celsius. 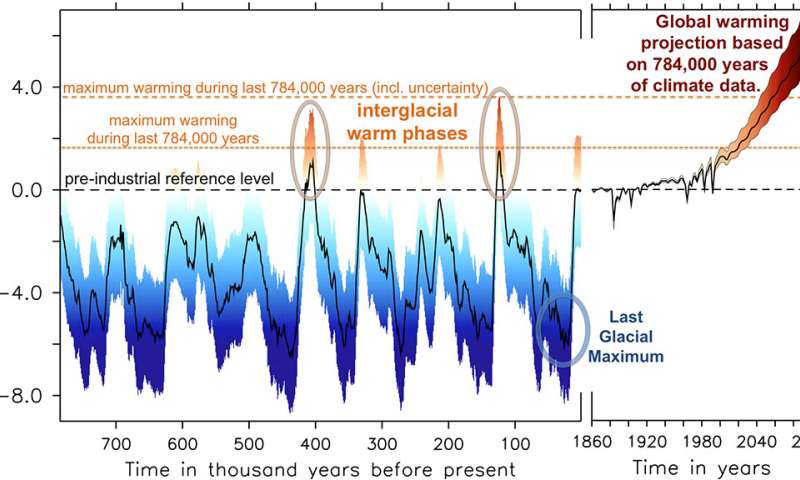 Essentially we are at least 20 percent closer to the opposite of an ice age: more deadly heat waves and more moisture in the atmosphere, which is triggering more extreme weather. Caldwell, instead, focuses on why climate activism is misguided and will fail.

Caldwell claims the British meteorological agency’s efforts to accelerate research linking extreme weather to global warming is a political goal, rather than one steeped in science. The goal of research is just that: to examine evidence and determine if events are connected in some way, and to some degree.

When a crisis emerges, it is in the best interest of, well, humanity, to understand its causes and effects. But Caldwell seems to be suggesting a conspiracy is afoot to link rising temperatures with extreme weather. Spoiler alert: Human-induced climate change fuels extreme weather.

Between 2016 and 2018, at least 17 million voters were purged nationwide, with a significant increase in purging of voters in areas previously subject to Federal oversight. In short, voters of color, impoverished, and more likely to vote Democratic — the party more willing to champion a Green New Deal and climate justice. As income inequality grows, and global scorching disproportionately impacts the poor, “Democracy” cannot be the sole solution to the ensuing climate apartheid, in which the wealthy will have the only means to escape deadly heat waves, food shortages, and other disasters resulting from this human-caused climate crisis.

Yet Caldwell’s faith remains that democracy will sort out all this crazy climate stuff.

Caldwell may acknowledge “climate change is a serious issue,” but it is a hollow admission in light of disparaging Thunberg, the millions of climate activists and others who champion her, and his fossil-fuel-industry “wait and see” talking point as a viable solution.