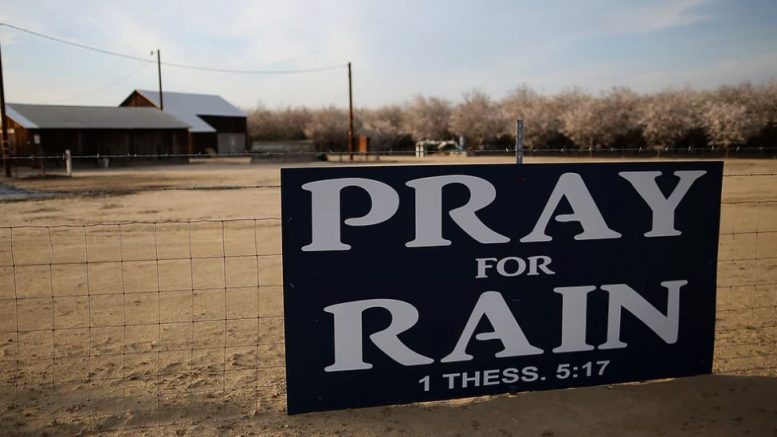 An almond farm in Turlock, California, during the drought in 2014. Photograph: Justin Sullivan/Getty Images

The Washington and Oregon legislatures failed this year to take action on carbon emissions in their states, despite Democratic dominance of state-held offices.

And two recent studies have found the effects of global warming on California’s agriculture and San Francisco could be far worse than previously thought, The Guardian reported Wednesday.

The article, “Climate change tightens grip on US west coast despite progressive aspirations,” highlights two reports: one that focuses on the threat of sea level rise on San Francisco, and the other that focuses on how the changing climate will impact California agriculture.

And climate-change induced drought conditions are expected to worsen in California, the largest and most diverse agricultural state in the United States. Some crop yields could fall by as much as 40 percent by 2050, according to research by the University of California.

The only thing trickling down is global warming

In new climate book, Hothouse Earth, scientist warns worst is yet to come