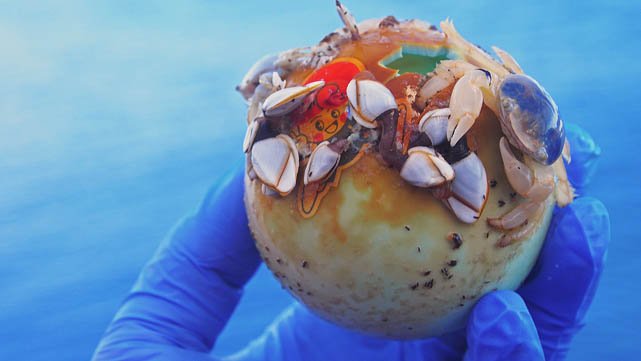 The ocean’s role in the global climate is fundamental, which is why it’s important to understand how ocean pollution — particularly plastic — impacts ocean ecosystems.

Billions of pounds of plastic end up in the ocean every year, and because of its durability and low density, is easily transported by ocean currents. The plastic that breaks down into microplastics has been found in 25 percent of fish at markets in California, and larger pieces are eaten by seabirds, who in turn eat less food and eventually starve.

Another way plastic pollution disrupts marine life is by providing a place to which organisms of any size can attach and hitch a ride for long distances, carrying with it a variety of damaging threats to distant ecosystems, directly and indirectly threatening human health.

As detailed in “A Hitchhiker’s Guide to the Ocean,” published by the University of Washington’s School of Aquatic and Fishery Sciences:

Learn how you can reduce your plastic use, and prevent further harm to the ocean ecosystems, marine life, and, ultimately, the climate.