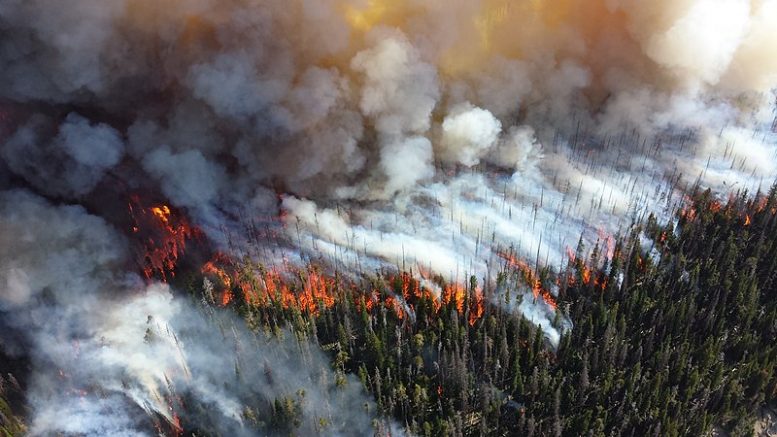 The 2013 Alder Fire (pictured above) in Yellowstone National Park was one of five at the time caused by lightning strikes and fueled by warmer and drier weather and spread by strong winds. Lightning is attributed to 55 percent of burned acreage between 2016 and 2020. In 2020, California's largest fires were caused by lightning. (Photo by Mike Lewelling, National Park Service)

An April 16 special broadcast by Seattle’s KOMO-TV on “the future of wildfires in our part of the world” provided a broad overview of the wildfire danger and ensuing human tragedies in recent years, but it failed to address the impact of how the climate emergency is contributing to the growing wildfire risk across the western U.S.

The one-hour special included live contributions from meteorologists from sister stations in other western states, but the word “climate” was mentioned only once, in passing. When the discussion shifted to cause, one of the meteorologists reminded us, quite correctly — and, as you’ll see, lacking context — that a vast majority of fires are caused by humans.

Even KOMO’s April 16 story about wildfires that already have broken out in Washington and Oregon, and how this year the threat will be as bad or worse, failed to mention the climate emergency as a contributing factor, again emphasizing the “human-caused” angle.

In fact, while 88 percent of wildfires were human caused from 2016 to 2020, lightning-caused fires burned 55 percent of the acreage during that same time frame, according to wildfire statistics compiled by the Congressional Research Service. 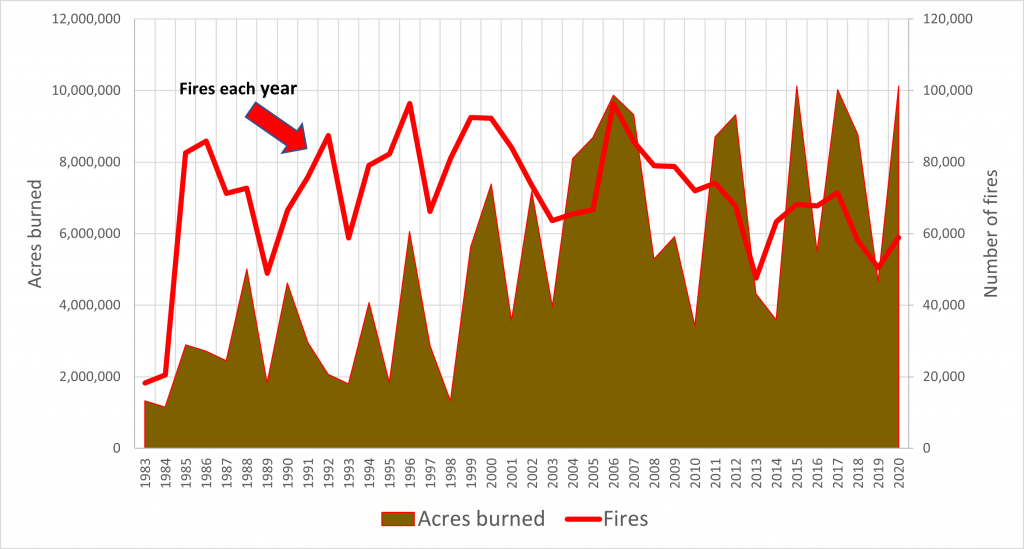 In 2020, California’s largest fires were caused by lightning, according to the California Department of Forestry and Fire Protection. From the NICC data in the graph above, even as the total number of fires has declined in recent years, the acreage burned has increased significantly.

Because of the climate emergency, wildfires, regardless of cause, are likely to become more frequent and more intense, according to the Washington Department of Ecology. 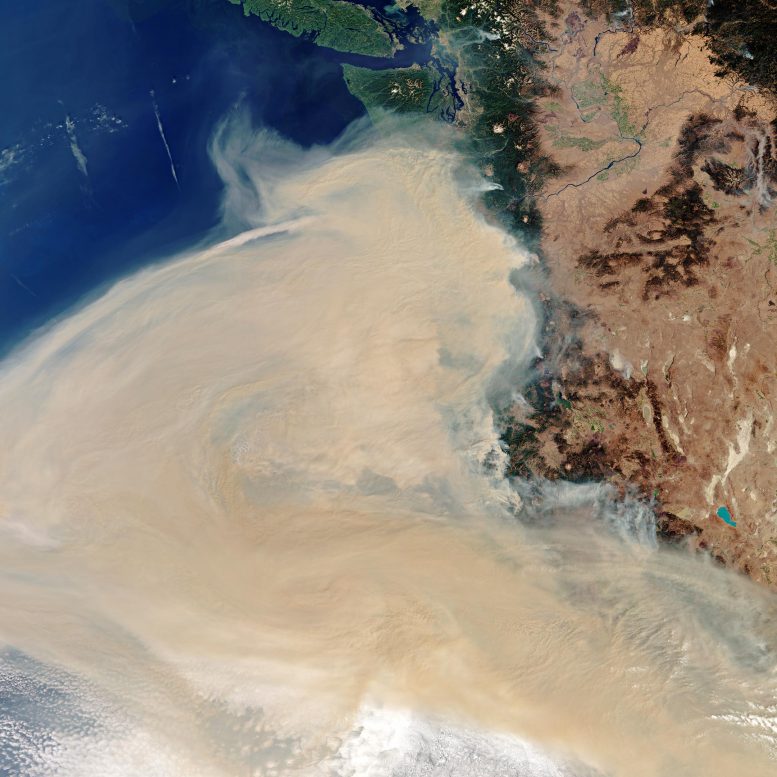 Rising temperatures each year lead to earlier snowmelt, more frequent and longer heat waves, drier summers — all of which contribute to decreasing levels of moisture in the soil. This leads to more wildfire “fuel” from dried or dead trees and plants. 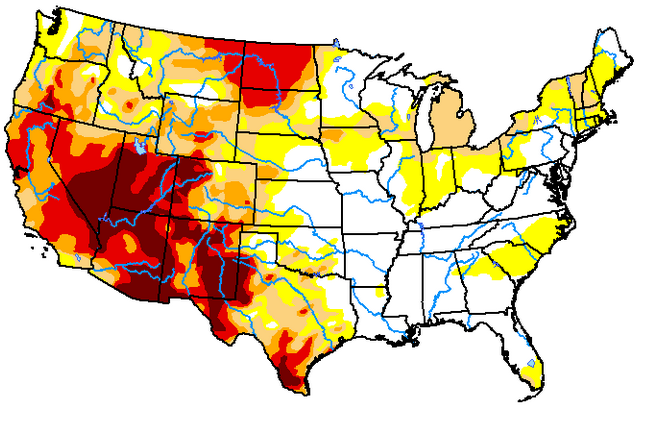 Oh the heels of last year’s extraordinary wildfires, warmer and “drier than normal” conditions this spring will lead to significant wildfire risk in early summer across the Southwest, Utah, California, and parts of Nevada and Colorado, according to the NIFC. And this increased risk is not just because of careless human behavior. 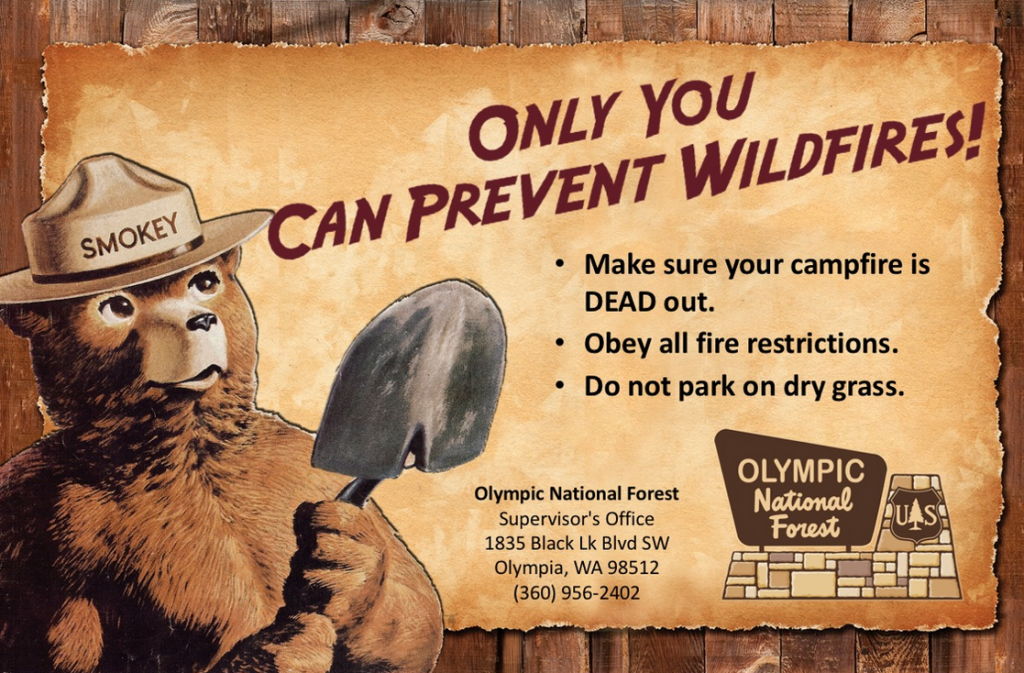 A promotional “Only You Can Prevent Wildfires” promotional poster featuring the iconic Smokey the Bear created by the U.S. Forest Service. (Source: National Wildfire Coordinating Group)

Wildfires may be mostly our fault, but most of the damage is a result of lightning striking already scorched ground that is primed for ignition. And our human-caused greenhouse gas emissions are part of the cause. The special wildfire program by KOMO-TV and its sister stations was informative on some levels, but its failure to incorporate well-established climate science was not in the public interest.