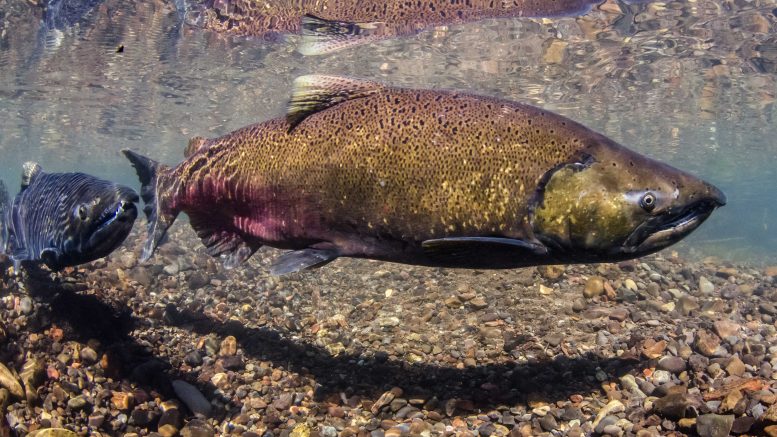 Adult King salmon are much smaller in size compared to 40 years ago, and the environment is to blame. (Photo: Morgan Bond)

Over-fishing long has been a concern for dwindling fisheries worldwide, but new research has found changes in the marine environment could be to blame for fewer and smaller adult king salmon.

The kings, or Chinook salmon, are the largest of the various salmon inhabiting the Pacific coastal waters. The largest king caught by hook-and-line was in 1985 and weighed nearly 100 pounds. But that was then.

Over the past 40 years, king salmon populations in Alaska and Washington showed the biggest reductions in age and size, according to a University of Washington study.

Fishing quotas are carefully regulated, so researchers believe something in the ocean environment is a contributing factor. Commercial fishing obviously has an impact, as does the presence of the larger marine mammals like seals and orcas who favor the largest salmon.

Still, most of the salmon populations analyzed from California to Alaska shared the disturbing trend of a reduction in size and age, and that can’t be blamed on commercial fishing, researchers said.